The number of valid DMARC policies observed in the DNS increased by 42.9% over the course of 2020, to a total of 2.7 million, based on analysis of data supplied by Farsight Security. While this represents robust growth in DMARC adoption, it is significantly lower than the 250% to 300% observed over the previous few years.

The graph below shows the number of valid DMARC records from the Farsight dataset that were confirmed to still be published at the middle and end of each calendar year. 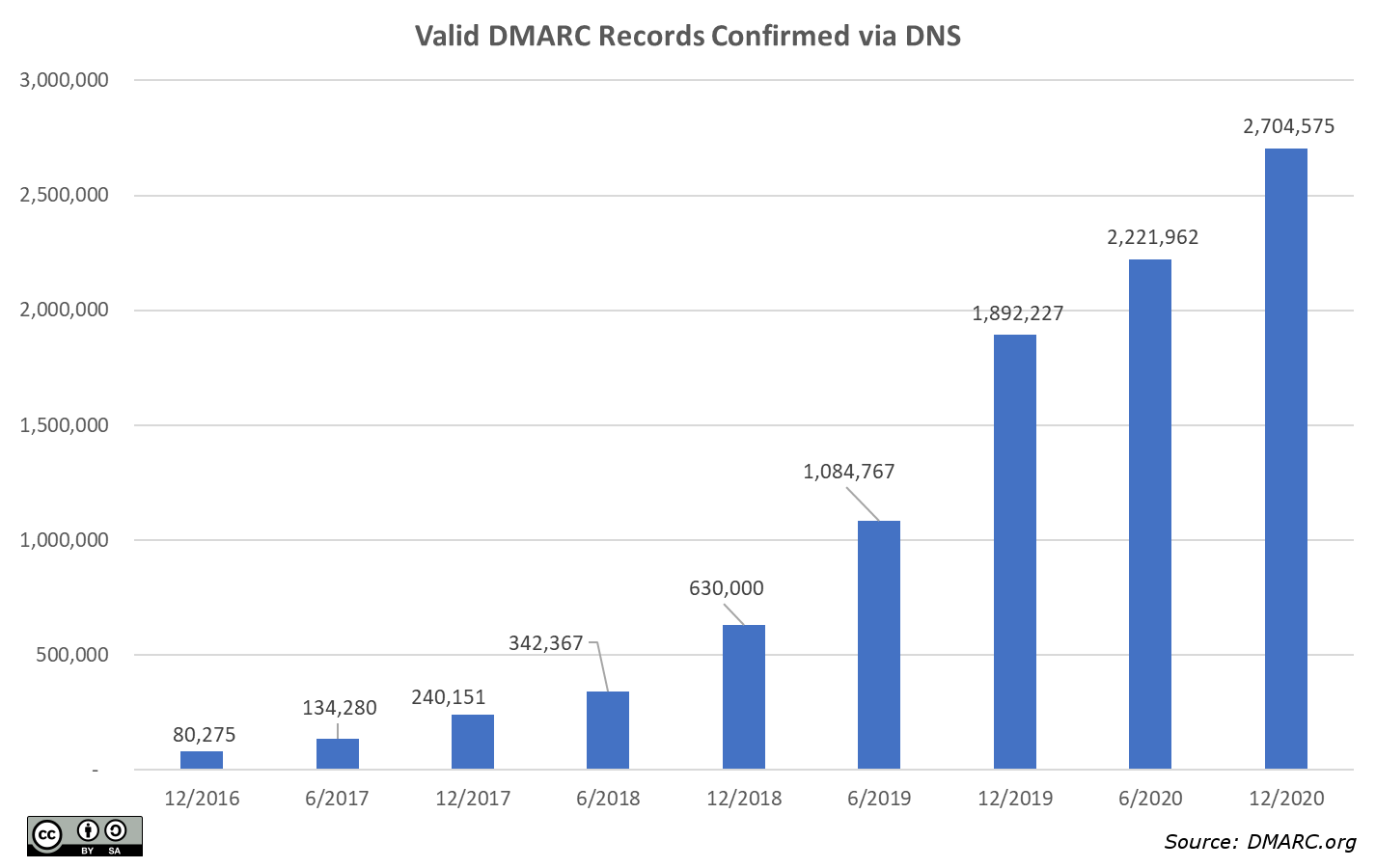 The average number of new records each month was roughly 108,700, which was both higher and more consistent than the corresponding figure from 2019 (90,197). More graphs and statistics are available on the DMARC Adoption page.

DMARC.org uses DNS transaction data supplied by Farsight Security that includes anonymized requests for DMARC records, and the corresponding responses, captured by their sensors at various strategic points on the Internet. DMARC.org weeds out invalid and malformed DMARC records, and makes sure the remaining records are still being served by looking them up in DNS.

Since this validation is performed in the month following the end of the quarter in which the data was captured, the result is a reasonable point-in-time figure for the portion of the Internet covered by Farsight’s sensors. It is unlikely to include all DMARC records published or in use on the Internet, but it is a stable subset that provides a useful picture of adoption and usage over time.

DMARC.org thanks Farsight Security for making this data available for research purposes.